How to Negotiate a Contract — 5 Steps

Go Back
Sequoia legal
/
blog
/
How to Negotiate a Contract — 5 Steps
share: "Do we need a contract?" — at Sequoia Legal, we hear this question often. We understand that negotiating a contract can be a daunting task and that it can seem easier to operate without formal written contracts. While this approach is simpler and cheaper in the short term, it can cost you big in the long run. No one enters into a contract expecting to sue the other party, but disputes are a reality of commercial life. Negotiating a written contract with a counterparty is the best way to set the expectations of the relationship and to avoid or minimize frustrating issues and costly disputes down the road.

Sequoia Legal is a commercial law firm that specializes in helping commercial parties negotiate contracts designed to protect your organization's best interests, safeguard vulnerabilities, and maximize the economic benefits that can come from your business relationship. We’re here to walk you through what you should know when entering into a contract negotiation.

What Is Contract Negotiation?

If you’re wondering, “What is contract negotiation?” you’re not alone. Not everyone knows how to negotiate a contract — and when the other party brings a contract template to the table, negotiating might not even seem like an option. However, a contract can almost always be negotiated to ensure your interests are protected.

Contract negotiation is the process of negotiating the terms of a contract that will exist between two parties. Negotiating a contract is advantageous in nearly any sector of business dealings. Contract negotiation should be considered for any business relationship that can be bound by contract, such as an employee or contractor agreement or between different elements of the supply chain.

A contract is legally binding, which means that failing to carefully consider a contract’s terms and potential implications can have far-reaching effects. Working for terms that all parties are satisfied with is an important element of contract negotiation, but the goals and benefits reach far beyond simple satisfaction.

The time spent negotiating a contract is an investment in the future. A well-conceived contract helps all parties avoid a wide range of pitfalls, such as economic losses, inefficient business practices, and potential liabilities.

Contract management professionals work with commercial clients to identify the legal implications of a potential contract’s terms. Utilizing the expertise of a contract law lawyer protects your company’s best interests.

Why Is Contract Negotiation Important?

Contract negotiation helps to ensure that both parties have a clear understanding of their legal rights and obligations. The contract negotiation process also helps to make business interactions more positive and less prone to conflict. When all parties involved have a chance to address concerns and negotiate for a more desirable arrangement, the result is a legally binding agreement that all parties played a role in crafting.

Negotiating a contract helps to create a more positive business arrangement, as those bound by the contract's terms know they had the opportunity to express their preferences, which were heard and responded to by their business partners.

Business negotiations begin with contract negotiations, which give both parties a glimpse into how the other conducts business, handles conflict, and works toward finding a resolution.

When potential conflicts or concerns are identified by a contract management professional before an agreement is legally binding, all parties can consider such scenarios and create a detailed anticipatory response rather than having such issues lead to conflict, resentment, and a negative impact on finances or efficiency.

When to Negotiate a Contract

When it comes to learning how to negotiate a contract, one of the most central concerns regards the timeframe. A contract needs to be negotiated before it is signed because afterward, it’s legally binding. A failure to plan for contingencies can lead to a range of unwanted situations, some of which can bring catastrophic consequences.

The smartest way to ensure you negotiate contracts wisely is to consult with a contract management professional when a contract is still in the conceptual stage. A commercial lawyer can offer insight into the main elements that you should consider, given the nature of a specific contract.

Then, once contract negotiations formally begin, you’ll have a clear idea of general items you need to be aware of. As contract negotiations proceed, you can then examine the particular terms more closely to ensure that possible areas of concern are identified, addressed, and resolved in writing in a way that protects all parties involved from future issues.

Things You Should Know When Entering a Contract Negotiation

Learning how to negotiate contract terms is a skill learned over time. Many considerations must be addressed during the contract negotiation process. The specific type of contract and the nature of the commercial relationship also naturally lead to the need for specialized knowledge of contract law and commercial law. Such knowledge can help you navigate common issues, practices, and concerns that arise, given the types of commercial parties the contract concerns.

Specific situations call for specialized knowledge, which is a key benefit of working with a commercial law firm. However, certain guiding principles apply across the board, regardless of the type of contract or the parties that will be bound by it. Contract negotiation best practices begin with asking these key questions to help direct negotiations and increase the chances of coming out the other side with a legally binding agreement that protects and satisfies both parties.

What Is Your Goal?

This may seem silly or obvious to some, but it’s important to enter any contract negotiation with a clear idea of what you want the contract to accomplish. For example, is it a one-off purchase order or are you establishing a long-term course of dealing with a counterparty that is material to your business? This is not a legal question, but a commercial one. However, having a clear understanding of the commercial goal is critical in determining the approach to contract negotiation.

Who Is the Other Party?

Before entering into any kind of contract, you should do some research (or due diligence) on the other party. Maybe your company has contracted with this party before, in which case you should review your prior dealings with this company. If you have not had prior dealings, you should look into the company’s reputation.

In some cases, you may want to do a credit check to see if they are involved in multiple lawsuits or ask for references for the other party. If you have had prior dealings with this party, you should reflect on those prior dealings. Were there aspects of the prior contract or relationship that were problematic? Will this contract be performed by the same people? How did prior negotiations go, if any? Were you satisfied with the performance of the other party? These considerations are significant as they can highlight the need for additional contractual provisions or more detailed procedures to avoid issues or streamline the contracting process.

What Happens if Things Go Wrong?

Preparing for the worst possible outcome is one of the main purposes of a contract and a major part of any commercial lawyer’s job. We understand this outlook is not always fun to consider, especially if you have a good relationship with the other party, but it is a vital consideration that needs to be reflected in your contract.

Do You Have Room to Negotiate the Contract?

While context is important, smaller businesses are usually able to negotiate certain legal terms. For example, indemnification is often a heavily negotiated contractual term, and you can protect yourself or limit your potential liability by pushing for changes to indemnification language.

A contract can be lengthy and detailed, but a term sheet strips it down to its core elements (not the same thing as contract templates). This way, parties can avoid belaboring details that don't need to be addressed until later.

Keep your contract goals in mind during contract negotiations to avoid letting emotions cloud the process. Additionally, professional contract lawyers are helpful in advising when to hold out and when to make concessions. Ultimately,

You might be eager to work through contract negotiations and solidify the agreement, but it’s important to take your time and do it right. It can be disappointing if the contract negotiation falls through, but this can be a good thing that prevents bad business arrangements.

5. Work with a Professional

Business contracts require specialized legal knowledge to navigate, but working with a contract lawyer makes the contract negotiation process easier, more efficient, and less stressful. It also offers a level of protection that simply isn’t possible without years of experience.

5 Steps to Prepare for Contract Negotiation

While the process can vary, it’s important to prepare for all possible steps of contract negotiation:

Consider the core objective of the contract. Create a term sheet to serve as a basic outline, touching on the purpose and main points the contract will contain.

2. Consider the Other Party’s Concerns

Plan for any concerns the other party may bring up. Taking the time to consider the other party’s perspective can help the negotiation process move more quickly.

Contracts are legally binding documents that must comply with a range of legislations. When parties are subject to different laws, it’s particularly important to consider the legal obligations by which both parties are bound.

To be in compliance with contract law, contracts must include certain scopes, considerations, and details. They must also outline the terms and parties involved, and they should address arbitration procedures and consequences for a breach of contract.

A sound contract addresses all possibilities, so take the time to do a thorough risk assessment by asking as many what-if questions as possible. Risk assessment should touch on everything from breach of contract to the impact of government regulations.

Who Is Responsible for Negotiating Contracts?

Lawyers with practical experience in the field of contract law are the foremost professionals responsible for negotiating contracts. Lawyers can help with all parts of the contract negotiation process. Their services are particularly in-demand when it comes to creating an initial draft, navigating the negotiation process, and considering the laws and legal ramifications of a contract’s terms.

In addition to legal counsel, many other commercial players can have a role in the contract negotiation process, such as a company’s people/talent teams, sales teams, and finance teams.

Generally speaking, the party that drafts the contract is in a better position to protect its interests. Re-using prior contract forms is often the easiest option for businesses that have engaged in similar transactions or arrangements before. This is generally a fine practice, provided that the contract form is properly drafted. Even if you have your own contract forms, you should ensure that your forms have been reviewed by an attorney to ensure your interests are protected as much as possible. Once you have contract forms in place, you can adapt the forms on a case-by-case basis and consult an attorney if significant changes to the form need to be made for a given transaction.

Using the Other Party’s Contract Form

Contract negotiations can feel daunting, especially if you’ve never engaged in them before. However, there’s something far more intimidating than negotiating a contract, and that is the risk you take on when you don’t have a professional contract lawyer overseeing your contract’s terms. They can help you mitigate risk, identify vulnerabilities, and keep your interests protected.

This introduction is designed to help you prepare for contract negotiations. We at Sequoia Legal are here to assist you with your commercial and corporate legal needs. Contact us if you have any questions or require any assistance. 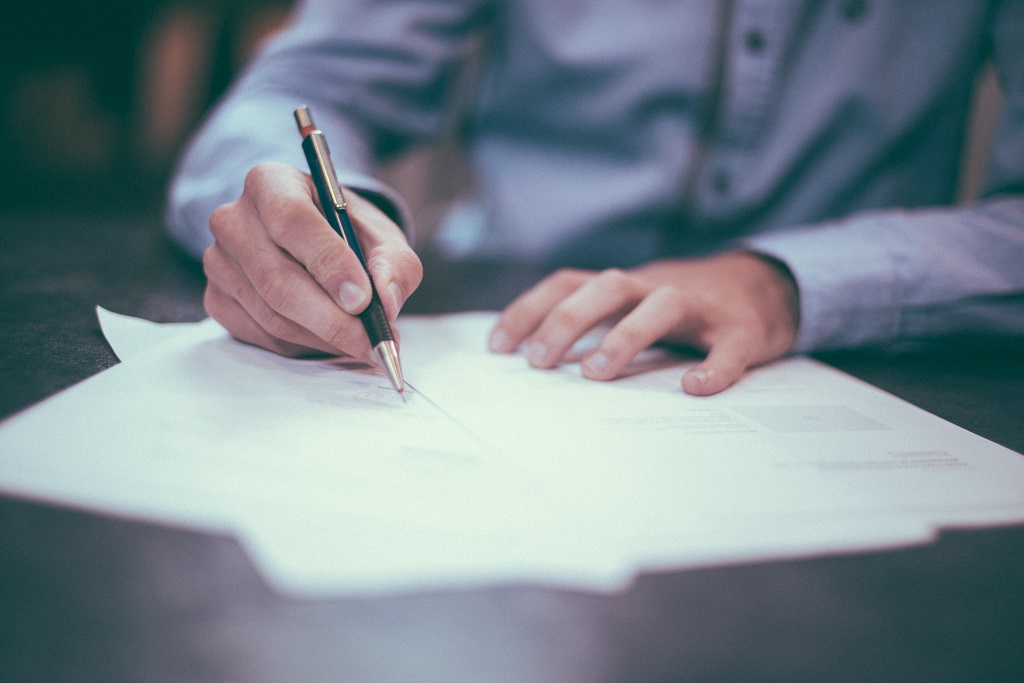 What Is the Purpose of a Software License Agreement? 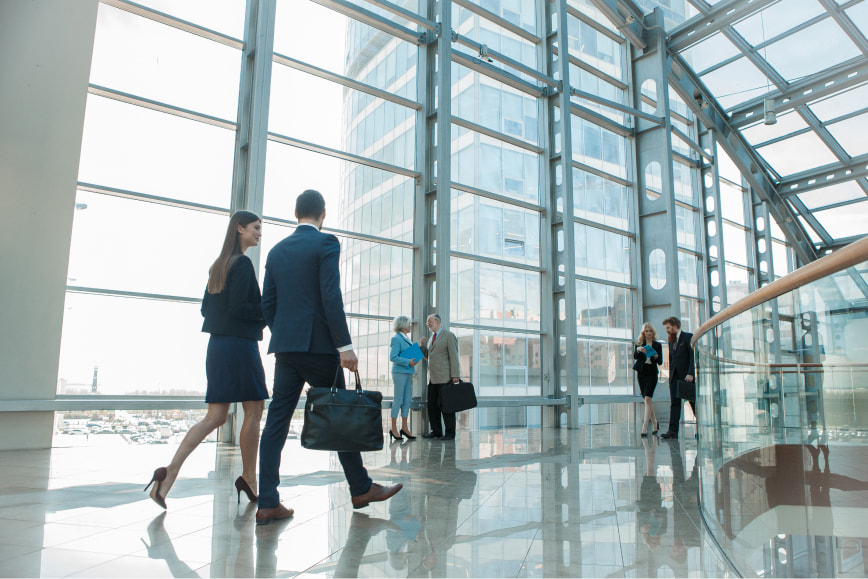 How to Choose the Right Legal Entity: Tips for Selecting Your Business Structure